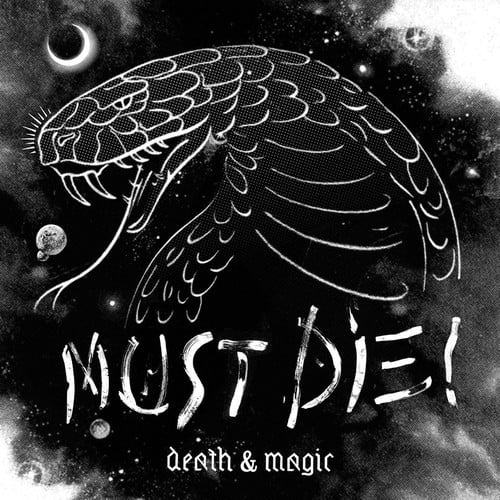 With his exploits on SKisM's Never Say Die bringing his name to prominence, Lee Bates, better known as MUST DIE!, is stepping it up a gear with his debut album “Death & Magic”. Stepping it up how exactly? Releasing the album is Skrillex's OWSLA imprint, which has given MUST DIE! further impetus to step his game up. He's an incredibly unique artist, and a full length album is the perfect opportunity for him to deliver a sample of different sounds and styles. Coming in at ten tracks, there's a myriad of texture on display on “Death & Magic”.

In-keeping with his original dubstep sound, first single “Hellcat” provides snarling bass power in abundance. “Filter System” ft. Descender is a fizzing, frantic cut leaning heavily towards the Trap sound. It's also one of a number of collaborations dotted across the collection, others including “Pay Me”, ft. Mantis and the massive “Zipper” – an aggressive, bass-heavy cut which sees MUST DIE! team up with Datsik and the Ragga Twins. For the more ethereal sounding tracks, keep an eye out for “Project Ghost” and the whirlwind of emotions that is “Feathers.”

Crossing dubstep, house, hip hop and more, “Death & Magic” is a solid showing for a debut long player. You can get hold of the album here.

In this article:Death & Magic, Must Die!, OWSLA