Deadmau5 vs Disney - The Battle From The Beginning To Now
Advertisement 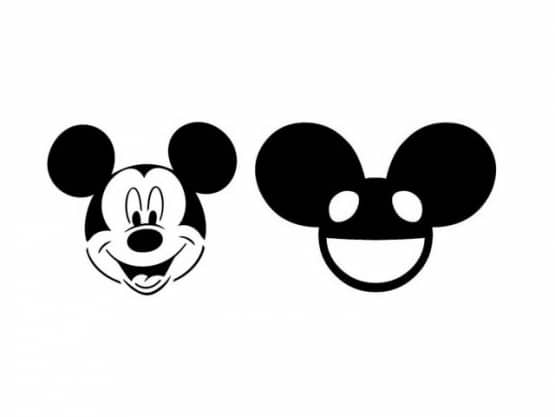 Here we go again folks. The battle continues over the Deadmau5 trade mark. If you haven't been following the story, thats ok. Here is a quick re-cap.

Way back in April of this year, Disney was expressing their concern with the Deadmau5 trademark. Then, on Tuesday, September 2nd, Joel (Deadmau5) took to the twitter universe expressing his rage (as usual) with this tweet:

landed home to some interesting News: looks like Disney officially just filed in opposition of my trademark… Lawyer up mickey.

It is understandable that Joel is concerned with his side of the trademark battle. I mean really Disney? Yes, I will give you that Joel's logo looks similar to your Mikey Mouse logo, but he has made it his own identity as well. Sure, some barely literate child of 4 years old, named “Lawsuit Jr.”, may point at some kid's Deadmau5 hat in the mall, and shout “ehh! uhh! Mommy! ahhhh! MICKEY MOUSE!”. But did Disney really make any more money because of that kid? No. They didn't. If anything, mommy will take lil' “Lawsuit Jr.” into the Disney store, and he'll go buy a hat with Mickey Mouse on it, only because he had seen the Deadmau5 hat previously that day. Joel took a shot at “the empire that is Disney”, when he posted this on twitter later that day (Sept. 2):

I think that this fight is over technicalities. Anyone who knows both the “Deadmau5 brand” and the “Disney Brand” would be able to distinguish the difference between a mau5 head, and Mickey Mau5 head. Oh whoops, I meant “Mouse”. IT WASN'T INFRINGEMENT PLEASE DON'T SUE DISNEY.

After the tweets on September 2nd, Deadmau5 brought attention to this video…

… by posting HIS Cease and Desist letter to Disney on Twitter for the world to see. Those tweets can be seen here:

Now onto the current news. Disney has released a statement to the Rolling Stone saying, “Disney vigorously protects its trademark rights, and we oppose Mr. Zimmerman’s attempt to register a logo that is nearly identical to our trademarks for his commercial exploitation. Our opposition is not about the use of the Deadmau5 costume. The music was appropriately licensed, and there is no merit to his statement.”

“NEARLY IDENTICAL”? ARE YOU KIDDING ME DISNEY? The Deadmau5 “logo” is similar to the Disney logo. That is it. Bottom line. Deadmau5 has no reason to try and “gain publicity” by looking like Mickey Mouse, and from what I understand, toddlers are not the biggest “EDM Aficionados” either.

Something needs to kick Disney out of this idea that it is this “omniscient being that is all things Trademark and Copyright”. Disney has tried to dip it's finger in everything from music, to Clothes, to food, to pretty much anything you can name. Then, they get all butt-hurt when someone kinda-sorta-maybe-ish' kind of looks like their main logo. Deadmau5 has made another good point when he explains that he has had the “deadmau5 logo” for ten years, and it is already trademarked in multiple countries. Why has it taken this long to take action Disney? Why does Deadmau5's American trademark  attempts make you more angry now, than any other country earlier?

Disney see's America as a power-house to fund their bank accounts, and they will die before they let anyone even resemble them slightly, in any sort of way. Next thing you know, Disney is going to be suing the water molecule, because of Trademark and Copyright infringement. If you are unfamiliar with the water “logo”, here it is:

OH MY LORD IS THAT MICKEY MOUSE! WHOAH. THAT'S A REALLY MINIMALISTIC RENDITION OF THEIR LEGENDARY TRADEMARK WHOAAAAAA! THEY SHOULD BE NOTIFIED. Watch out Crystal Geyser, they're coming for you next.

In this article:Deadmau5, DeadMau5 battle