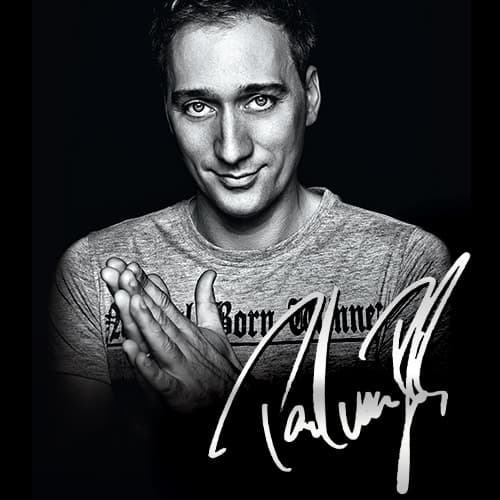 This past Saturday trance legend Paul van Dyk played an incredible 6 hour set in front of a sold out crowd at The Hammerstein Ballroom of the Manhattan Center in New York City. I was fortunate enough to be able to attend this event and be part of the madness that ensued. Paul van Dyk was rated as the greatest DJ of all time by DJ Mag in 2013, and was ranked as the #1 DJ in the world in both 2005 and 2006. Saturday night proved to me exactly why he earned these awards. PvD took the stage at 10pm to a less than half full dance floor.

As an hour went by the main floor filled up and the staff of the Ballroom passed out ‘Paul Van Dyk' light wands. Paul focused heavily on vocal trance for the first 2 hours of his set to warm up the crowd of over 2000. The night moved into the early morning and vocals faded into hard bass kicks. As 1am struck a massive ballon drop was unleashed that pushed the crowd into a frenzy.

As his set continued PvD dropped famous tracks such as his remix of ‘Sunday' by Hurts and his collaboration with Arty, ‘The Ocean'. He continued strong until 4am when slowly the crowd started to clear out. While everyone poured out of the venue I asked some attendees how they liked the show: “Best set I've seen all year!” and “Paul van Dyk just transcended reality!” were the two reactions that most accurately summed up the evening.

Overall Paul van Dyk kept the crowd moving and excited for his entire 6 hour set. With a masterful blend of vocal and melodic trance the legend himself almost brought down the walls of the Manhattan Center. Take a look below for some crowd photos and a video of Paul playing his ‘Sunday' remix from his 6 hour set.