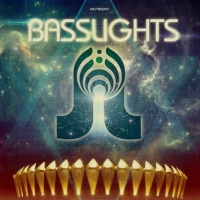 We reported back in October that Bassnectar and Pretty Lights would be joining forces for another BassLights performance this December. We have been waiting for the lineup and it has been released. Big Gigantic, Datsik, Keys n Krates, and Michal Menert will be supporting BassLights on New Years weekend in Hampton, VA. There have been no reports as to who will play which night, but we do know that each night will feature back-to-back sets from Bassnectar & Pretty Lights!

In this article:Basslights, Bassnectar, Pretty Lights