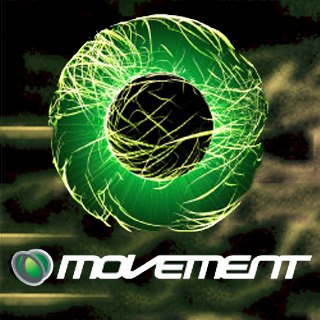 Regardless of internationally recognized equinoxes and solstices, we, in the USA, tend to define our seasons however we damn well please. The change from fall to winter is generally brought about when we eat a turkey and force awkward conversation with people we’re told we love. From winter to spring, we entrust the voodoo-like meteorological foresight of a rodent in Pennsylvania to define how much longer we can complain about spring not being here soon enough. Fortunately, the transition from spring to summer is not dynamic; it’s static. It’s clearly Memorial Day weekend. It’s that magical time of year where it’s okay to wear white, or at least less Clothing than usual, for four months. And of course, it’s the beginning of festival season for all electronic music lovers.  Appropriately, the event  that jumpstarts the maelstrom of summer mania is the Movement Electronic Music Festival, in the city that helped birth electronic music itself, Detroit, Michigan at Hart Plaza.

Movement, which began in 2000, under the name Detroit Electronic Music Festival (DEMF), has undergone a series of massive changes, upheavals, and reinventions, but has continued on strong each year much like the gritty city it is held in.  It’s been called DEMF, Fuse-In, and Movement.  The original organizer, the renowned techno/house producer and Detroit native Carl Craig, once sued the producers of his own festival but now plays, promotes and helps produce the festival again with Detroit based production company Paxahau.  Movement has lived through the new millennial ups and downs of electronic music.  It has attracted the who’s who of electronic music’s present and past, while being almost criminally unacknowledged by the EDM community, as a whole, due largely to its location.  Former headliners include: Skrillex, Fatboy Slim, Benny Benassi, Moby, Carl Cox, deadmau5, Bassnectar, and Flying Lotus.  But best of all about Movement is not the big names, nor the massive amounts of party goers that consider the music to be ancillary to the party; the finest part of Movement is it’s respect for it’s still living (and actively producing) local legends, an enthusiasm for the “now” and an open mind (and stage) for the future of all electronic music.

This year, the festival boasts a stage that plays all three days dedicated solely to artists/producers/DJs that call Detroit home.  It has headliners such as Richie Hawtin, Cajmere/Green Velvet, Moby, Andy C, Squarepusher, Big Chocolate, GRiZ and Big Gigantic. In wonderful equal contrast, there are many relative newcomers such as Annie Hall, Benjamin Damage, Gramatik and A Tribe Called Red.  Most importantly, to close out the festival on Memorial Day, staying true to the roots of the festival and the Detroit techno sound/scene, Kevin Saunderson and Derrick May (two of the legendary Belleville Three: the inventors of Detroit techno) come together as The Hi-Tech Soul Concept that is sure to be an event that marries the modern with the beloved reminiscence of the original styles of electronic music.

Be sure to check back here at edmsauce.com for daily updates on the festival and an interview with Big Chocolate.  Tickets, lineups and more information are available here